What’s going to happen to the movies this year? 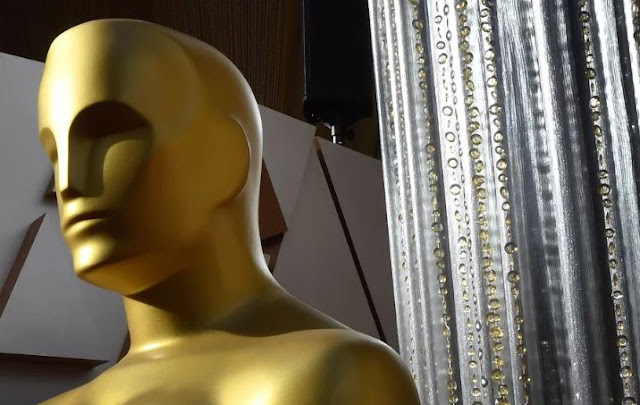 In a typical year, the film world would be gearing up for the Cannes Film Festival, which was scheduled to roll out the red carpet for its glitzy opening night gala on May 12. I’d be headed to the French Riviera to see three or four movies a day and write about them. Some of those movies — like last year’s Parasite and Once Upon a Time in Hollywood — would turn out to be awards season contenders all the way through February of the following year.

But the future of this year’s festival is unknown. It’s not happening in May, not least because French President Emmanuel Macron has the country on lockdown due to the coronavirus pandemic through May 11. And when that lockdown lifts, it will lift slowly. In the meantime, Cannes’s Palais des Festivals — a huge building containing auditoriums that’s home to the festival and other big events — has been converted into a homeless shelter during the lockdown.

It seems frivolous to fret about things like the Cannes Film Festival, with its star-studded premieres and all-night parties and seaside carafes of rosé, when people’s livelihoods and lives are on the line. There are always things more important than movies, and that’s especially obvious now.

But people are thinking about it anyhow because plans need to be made for one of the strangest movie seasons since at least World War II, a season that culminates every year at the Oscars. The next Oscars ceremony is still scheduled for February 28, 2021. That date seems likely to stick, even if the awards are broadcast to an empty auditorium.

The bigger question, though, is what movies that Oscars will honor.

Normally, the nominees consist of two big categories. There are “Oscar bait” movies that open in theaters, often late in the year, with name-brand actors and big-name directors attached. And there are films that make splashy festival debuts, usually in the summer (at Cannes) or in the fall (at Telluride, Venice, or Toronto), though sometimes a Sundance debut slips in there as well (such as 2017’s Call Me By Your Name).

Those two categories often overlap, especially as it gets later in the year. But while sometimes they share stylistic characteristics and genre markers (a rom-com or horror film, for instance, seems far less likely to get Oscar recognition than a historical drama), there’s one thing they always have in common: The nominees ran for at least a week in theaters in New York City and Los Angeles. (That’s why some movies release around Christmas for a week in those two cities, then don’t open wide till weeks after the New Year; they have to get a “qualifying release” in before the end of the eligibility year to compete at the Oscars.)

But the pandemic changes all of that, for one simple reason: Theaters in those cities (and across the country) closed on March 15. Six weeks later, they remain closed, and seem unlikely to reopen before the summer — and that seems optimistic. Even those that do re-open will find themselves with limited options, since most blockbusters and major releases have been postponed to at least the fall. (The first major studio release on the calendar as of right now is Christopher Nolan’s Tenet, which Warner Bros. is still planning to open in theaters on July 17.)

Big theater chains need blockbusters to make money because they’re what people come to see. But studios need those movies to make a lot of money because they’re expensive to produce. They count on packed theaters across the world (including the all-important Chinese audience) to recoup their costs and then make a profit. A movie like Trolls World Tour might make a lot of money by heading straight to digital platforms — and frustrate theater chains in the process — but it’s also targeted at a big audience: stir-crazy children and their desperate parents after weeks of being cooped up at home. For now, at least, big movies are going to need big theaters.