The unexpected benefits of being weird 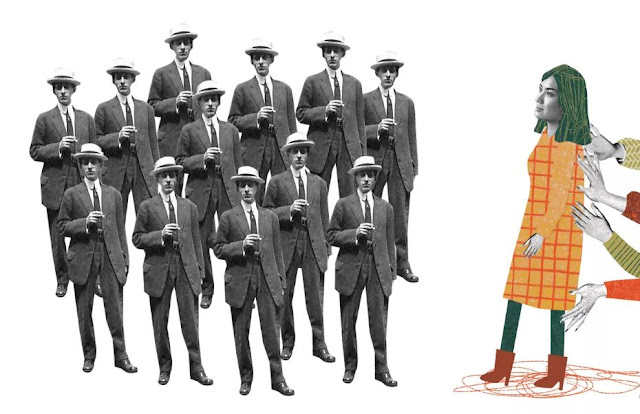 About a week into working from home because of the coronavirus, I found myself surprised by how much I was enjoying quarantine. I woke up on the first weekend to a day full of reading, Netflix, and most refreshingly, not having to interact with a soul. The high point of the day was when my boyfriend went for a bike ride, so I could sink even more fully into my aloneness.

I’m not exactly an introvert. An introvert is someone who, by their nature, feels more replenished alone than around others. I’m energized by other people; I just have trouble finding people I’m in sync with. I’m just, frankly, a little weird — so much so that I wrote a book about it called Weird.

My unusualness began when I was growing up as a Russian immigrant in a West Texas oil town. I brought beet salad to school instead of Lunchables; my dad tried to get me to use his Siberian rug as a poster board for class presentations; and a friend’s family took to calling me “her little apartment friend.” I carried the scars from those experiences into middle school, a chaotic three years during which my family moved four times, and finally into high school in a vanilla suburb, where my affect hovered somewhere between the overachiever zeal of Tracy Flick and the batty reclusiveness of Miss Havisham.

Because they were so different from everyone, my parents never had friendships, and maybe because of that, I struggled to construct them myself. And I do mean “construct.” A friendship isn’t something you fall into so much as engineer, I’ve realized. It’s a complex project you actively plan — feeling out a person for sympathies and similarities — and then build on, plank by plank, for years.

Along with friendship, other kinds of social interaction are, for me, more like running a 10K than relaxing in a bath. It feels good and healthy, but it’s stressful while it’s happening. Even today, when I step into a party, I have to slam the brakes on my heart rate. Once I walked in the door, took a lap around the kitchen, and walked right back out. There was the time I had just one goal for the day: to call back a friend who had recently called to catch up. “I’m going to do it on my walk to the park,” I told myself. Then, having failed that, “I’m going to do it at the park.” Finally, of course, “On the walk home will be better.” I Ubered. And I never called her.

Either I can’t think of anything to say, or I know that what I’m going to say isn’t what they want to hear. Take, for example, the time I was part of a group of grad-school journalists assigned to cover a science conference. We were all in our early 20s, at dinner, feeling like reporters for the first time. Everyone was in a good mood until I, emboldened by chardonnay, dropped this doozy: “Do you ever worry that journalism is kind of pointless, because it aims to help people, but all you’re really doing is pointing out the problems, not doing anything about them?”

There was a leaden silence, during which people took long swigs of their drinks. Then someone finally said, “That’s a pretty negative way to look at it.” Which, I realize. But I don’t really have other ways.

Whenever things like this happened — when I didn’t achieve a goal or was locked out of some world I wanted to be part of — I always wondered if it was because I had this unusual early life. Is there something about me that’s keeping me out? I became obsessed with the idea of difference, and so I started interviewing other people who feel different in various ways. That’s when I began to learn that it’s not all bad being weird. (Contrary to how I feel about small talk, I love to interview people. It’s so delightfully templated; it’s the perfect way to socialize as a weirdo.) People on the periphery of their environment often have surprising strengths, including creativity. What’s more, weirdos can develop ways to calm their social anxiety, break into the in-crowd, and get other people to embrace their ideas. No matter how weird they are.