The MLB offseason isn’t over. the angels’ best hope of contending in 2020 Might Be. 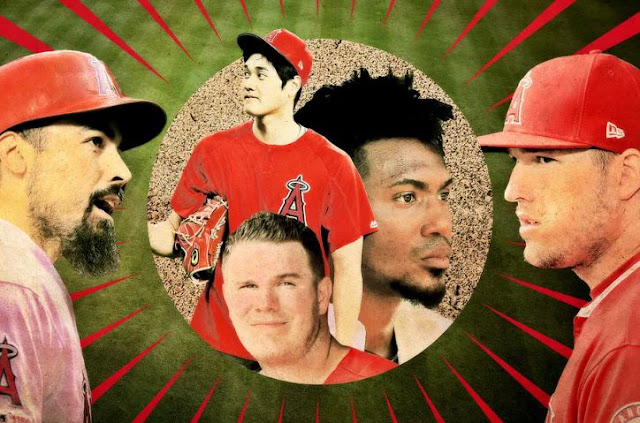 That’s a lot of games to make up in one season if they want to end their playoff drought in 2020. The good news for the Angels is that they signed Anthony Rendon, the best position player available in free agency; the bad news is, well, just about everything else that has transpired this winter.

On the pitching front in particular, L.A. had a glaring set of needs after a dismal campaign. (Of course, the death of Tyler Skaggs means much more than—and contributed to—those on-field concerns.) The 2019 Angels ranked 28th in park-adjusted ERA and 26th in park-adjusted FIP, per FanGraphs. Only the Orioles collected fewer fWAR as a staff, and only Trevor Cahill—who started on Opening Day but was demoted to the bullpen by June—eclipsed 100 innings.

The Angels needed top-level talent, and they needed innings. The winter’s pitching market wasn’t as saturated with stars as it could have been (Justin Verlander, Chris Sale, and Aroldis Chapman signed extensions to avoid free agency), but it still boasted a pair of aces, a handful of starters with All-Star potential, and ample mid-rotation depth. And while the available relievers didn’t glitter, the corps still featured a few proven late-inning arms, both righties and lefties.

That’s how the winter of pitching transactions began; now, with Alex Wood and Iván Nova the best remaining free-agent pitchers, it’s basically over, barring trades. So how did the Angels make out with this menu of options?

Let’s see by listing the free-agent pitchers who have signed a contract this winter, ordered by projected 2020 WAR from FanGraphs. We’ll stop when we reach one who signed with the Angels:

Yes, that’s 31 names before Teheran, now an Angel after signing a one-year, $9 million deal. The Angels didn’t sign a single one, nor did they complete a trade for Corey Kluber, as the two-time Cy Young winner landed in Texas. In isolation, some of the most prominent misses can be explained away. It would have been difficult to outbid the Yankees for Cole; Strasburg already enjoyed a lengthy relationship with the Nationals; in return for Kluber, Cleveland evidently preferred hard-throwing righty Emmanuel Clase to any prospect the Angels offered.

But taken as a group, the extraordinary volume of misses astonishes. They didn’t just whiff on the most sought-after pitchers; they also didn’t land Ryu or Keuchel or Lyles or any other pitcher who could help solidify a rotation in dire need of solidity. Keuchel, for instance, could have dazzled as a groundball specialist pitching in front of a defense with Rendon, Andrelton Simmons, and David Fletcher—but the southpaw will spend his next three years pitching for the White Sox instead.

It’s hard to fault the Angels for not spending more after they committed to Rendon for seven years and $245 million. But after they traded last year’s first-round pick, shortstop Will Wilson, just to rid themselves of Zack Cozart’s salary, it’s surprising that they didn’t invest more in the pitching market beyond Teheran. In October, owner Arte Moreno said that “payroll will go up next year”—but right now, the Angels’ 40-man number for 2020 is $188 million, according to Cot’s Contracts, after it finished at $187 million last season. That’s not quite the increase Angels fans were looking for.

Not all is lost for the rotation. Teheran should avoid the vortex of injured Angels pitchers, as he’s thrown 170-plus innings seven straight years, and FanGraphs’ 0.5 WAR projection seems a shade low. The Angels also added Dylan Bundy via trade; like Teheran, the former Oriole should bring a healthy number of innings, albeit with nothing more than back-end results. At the very least, Teheran and Bundy can’t pitch worse than last offseason’s additions, Cahill and Matt Harvey, who combined for a 6.39 ERA in 162 innings. Touted youngster Griffin Canning should also stick in the MLB rotation after throwing his first 90 1/3 innings last year, and the bullpen features a handful of promising arms, if nobody spectacular.

Most of all, Shohei Ohtani will make his (hopefully) triumphant return to the mound after his 2018 Tommy John surgery. Ohtani still performed his DH duties last season but didn’t pitch, and if his rookie year is any indication, he could be the ace the Angels need. It’s difficult to count on too much Ohtani brilliance on the mound, however, because he has barely pitched the past three years due to injury. Since 2016, he’s thrown 77 total regular-season innings, so the Angels will surely be cautious bringing him back to full speed.

Beyond the pitchers themselves, a defensive upgrade at the catcher position should help the arms at the margins. Angels catchers were average at framing last season; now the top two catchers are Jason Castro, signed to a one-year deal last week, and Max Stassi, acquired in a trade last July. Both rated among the majors’ top 10 framers last season, according to Baseball Prospectus.

Still, even those positives don’t amount to much when comparing Angels pitching with that of other playoff hopefuls. FanGraphs’ 2020 projections rank the team’s starters 23rd and the bullpen 25th—both the worst for any team not in the middle of a rebuilding project.

If the Angels are going to continue allowing bushels of runs, the offense had better respond in kind. That has surprisingly been a long-simmering area of concern, too: Despite Trout’s MVP-level contributions every year, the offense as a whole hasn’t been better than league average since 2014, the last time the Angels reached the playoffs. (The Angels finished with the majors’ best record that year but lost in a three-game ALDS sweep to Kansas City.)

Rendon will boost the lineup, as will Jo Adell, a top-five global prospect who turns 21 in April and reached Triple-A last season. A natural center fielder, Adell will slot next to Trout in right to replace the departed Kole Calhoun, if not on Opening Day then by midseason. Elsewhere, Fletcher provides impressive on-base skills and defense in the infield; Castro displayed some flashes of power at the plate last season as a member of Minnesota’s record-setting Bomba Squad, and a trio of players who missed extended time due to injury will prove crucial figures in 2020. Justin Upton and Simmons missed a combined 158 games and didn’t hit much when they played, and Tommy La Stella’s 2019 breakout was cut short by a broken leg.

There is a sort of 2015 Blue Jays potential here with the lineup, if those injured players return to full health and the newcomers incite a cascading effect across the lineup. As those Blue Jays—perhaps the most sheerly entertaining team of the last decade—showed, balance between pitching and hitting isn’t strictly necessary if one facet is dominant. An extra run scored is just as valuable as an extra run prevented; a 10-8 win counts the same as one with a more “balanced” score of 4-2.

Toronto’s most valuable pitcher that season, per FanGraphs, was David Price, who didn’t begin pitching for them until August after a trade from the Tigers. Overall, those Jays ranked 15th in pitcher WAR—but first among position players, thanks to the majors’ best offense by a wide margin.

Maybe Simmons will move up in the order; maybe Brian Goodwin will play more to spell Upton or Adell, or the order will change when Ohtani pitches (though new manager Joe Maddon says he may keep Ohtani in the lineup, thus sacrificing the DH spot, on his pitching days). This lineup isn’t set in stone. But it runs nine deep in average or better hitters, with particular on-base ability throughout, and would thus pose a nightmare for opposing staffs.

At the same time, however, it’s also hard to reach the playoffs with a truly disastrous group of pitchers. In the 25-year wild-card era, 90 percent of playoff teams have posted an average or better park-adjusted ERA, according to Baseball-Reference. The worst run prevention unit to reach the playoffs was only 6 percent worse than average.

Last season, the Angels were nearly twice that bad (11 percent below average). And while they’ll almost certainly perform better this season, the current outlook remains discouraging, as those worst-among-playoff-hopefuls projections reflect.

Even accounting for those woeful pitching projections, FanGraphs is still fairly encouraged about the Angels’ chances. The lineup (ranked an optimistic third) oozes that much potential. But the margin for error is mighty thin here because of the imbalance—if Trout misses a month again, or Simmons and Upton don’t rebound, or Adell isn’t ready right away, the Angels could well limp through another mediocre or worse campaign.