The danger of mythologizing America’s “heartland” 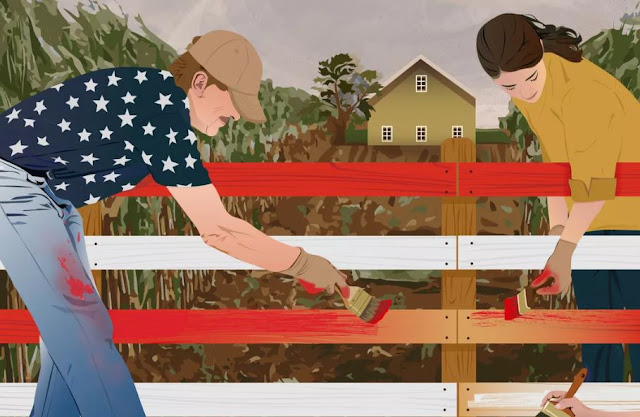 When politicians like Pete Buttigieg or Amy Klobuchar want to seem safe, trustworthy, wholesome, and pragmatic, they often do so by playing up their connections to the region. A study a few years ago (one of those studies only useful for documenting preexisting prejudices, but that’s the point) ranked Indiana our country’s most “normal” state. Social scientists have chosen the Midwest as an object of fascination precisely because they thought it offered, as Helen and Robert Lynd — sociologists who studied small-town American life — once wrote, a “common denominator” of America.

Some vestige of this belief may account for the power granted to Iowa by our primary process. Most of all, pop culture normalizes the region: Think about how differently we would read the myth of Superman if his ship crashed in rural Connecticut, or how Fargo loses its irony (and everything else) if reimagined in Fargo, Arkansas. It must be Kansas that Dorothy returns to, not Schenectady or Dallas.

Anytime a region this large, this diverse, and this hard to define becomes a symbol for a concept that has the combined vagueness and life-regulating power of “normalcy,” it should tell us that we’re in the presence of myth. In its worst form, the association between Midwesternness and normalcy can become a proxy for whiteness, straightness, and/or maleness. There are people in the world who think that our outer-borough, rich-guy, New Yorker president better represents the Midwest than does Ilhan Omar, a Somali immigrant elected in 2018 to the House of Representatives from Minnesota, where she has lived for more than 20 years. This kind of thinking legitimizes prejudice while obscuring the region’s actual demographics, which are all over the place.

All that said, the idea’s appeal is powerful. Normalcy can give safety, warmth, the smugness of a person whose plate is full. It can make us feel invulnerable, passed over by history and its dangers, too broad for the grave, durable enough to survive biblical conflagration or climate change or, say, an ill-handled and sudden pandemic. Because it attracts us, normal-ness becomes a fetish, a performance, or a product. The Midwest, because of its perceived averageness, has long been forced to play a symbolic role in this process.

For all its appeal, normalcy is also alienating. I meet many Midwesterners who seem honestly to believe that their experiences are too banal for description, and, especially in my teaching, I meet young people who are so angry at themselves for their normal-ness that they can neither enjoy their lives nor change them. Among people who are less political — that is, among people who lean toward the right and don’t know it — you often hear a kind of general regret, a sense of having missed something, having blown a chance. The Midwest seems to offer us the chance to become normal, but what this means in practice is a paranoid sense that you’ve missed something irrevocable.

But precisely because it is a myth, the perceived normalcy of the Midwest does tell us a lot about ourselves. Myths always do. Early-20th-century American historians, intellectuals, writers, and politicians consciously constructed our image of the Midwest as the place where America averaged itself out.