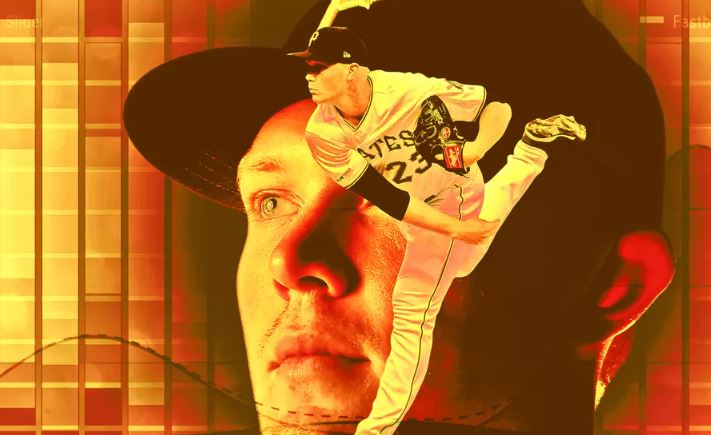 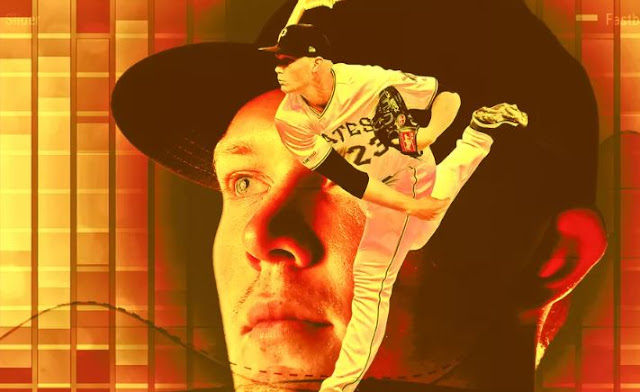 When ESPN NBA insider Ramona Shelburne was a senior at Stanford in 2001, she wrote a running diary for gostanford.com about being on the softball team. In her dispatch about Opening Day, she described her reaction in the outfield when she watched Stanford’s pitcher fire a strike for the first pitch of the season: “It’s going to be a good year.” As Shelburne explained, “Softball and baseball players are notoriously superstitious, and getting the first pitch of the season over for a strike is like a good omen, a great way to set the tone for the year.” That year, Stanford finished 54-16-1 and, for the first time, went to the Women’s College World Series.

The first pitch of Pirates starter Mitch Keller’s major league career was also a sign of the season to come. Keller made his big league debut last May in Cincinnati in the second game of a Memorial Day doubleheader, and the first pitch he threw to Reds leadoff batter Nick Senzel was an easy fastball for a strike. There were no ill omens in sight until Keller’s catcher, Jacob Stallings, tried to toss the ball back to the bench for the Pirates to preserve for posterity. Stallings aimed for the opening in the dugout railing, but the ball went wide and bounced off the fence, forcing the team trainer to dart out to retrieve it. “Whoops!” said Pirates play-by-play man Greg Brown, as Pirates skipper Clint Hurdle frowned in disbelief at the wayward ball.

That 10-second sequence was a perfect encapsulation of the star-crossed campaign to come: The 23-year-old Keller, who threw 48 innings over 11 starts for Pittsburgh, held up his end of the bargain, but bloopers, bleeders, and bad bounces betrayed him. Keller’s raw stuff was superb: ACES, a metric that evaluates pitchers based on pitch-level characteristics such as speed, spin, movement, and command, placed him in the 94th percentile among starters, between Mike Clevinger and Chris Sale. Defense-independent stats that separate Keller’s contributions from what happened after the ball was put in play also say his season was a success: Among the 183 starters with at least 40 innings pitched last season, only 14 had a lower park-adjusted FIP, and only 20 had a higher strikeout minus walk rate. Unfortunately for Keller, only five had a higher ERA than his 7.13. The primary reason for the giant disparity between Keller’s advanced and old-school stats seems to have been almost unbelievably bad batted-ball luck.


“I would strike out seven or eight a game, and usually when you see that you’re like, ‘Oh, must have thrown a really good game,’” Keller says. “And then you look at the scoreboard and I gave up like six hits, and like three or four runs, and it’s just like, ‘How does that happen?’ It was really tough to try and wrap your mind around it.”

There is one respect in which luck was with Keller: He picked the right time to have a historically unlucky year. In an earlier era, Keller’s ugly ERA and record (1-5) would have told the story of his season—not only to his team and its fans, but in his own mind. In this sabermetrically savvy environment, though, a suite of new-age numbers have helped preserve his reputation and soothe his psyche. Preventing runs and winning games is still the goal, but the process-oriented metrics that hold sway today permit a more accurate reading of a pitcher’s responsibility for the damage done while he was on the mound, and greater predictive power.

“To have these numbers to back me up, like the FIP and the expected batting average and all that good stuff—it’s good to know that people are taking a deeper dive on what actually happened,” Keller says. “Because if you just look at the seven ERA, that’s pretty alarming. Like, ‘What the hell’s going on?’ And I might not ever get another chance at it, just because of how bad that was. But the other numbers are kind of saving me.”

“I felt like I was having some tough breaks, but if you really look at it, yeah, I was.” —Mitch Keller, Pirates pitcher
Fans had high expectations when the Pirates promoted Keller. “He’s here now, and we need him badly,” said Pirates broadcaster Bob Walk on the day of Keller’s debut, adding, “We need someone to step in and kind of be a savior.” Keller looked like a strong savior candidate. The right-hander, whom the Pirates selected with a second-round pick in the 2014 draft, had ranked among the game’s top 30 prospects for three consecutive springs, according to both Baseball America and Baseball Prospectus, the latter of which called his fastball-curve combination “one of the best in the minors.” He’d reached Triple-A in 2018, and in seven starts for Indianapolis preceding his promotion last spring, he’d struck out 47 batters in 38 1/3 innings and recorded a 3.05 ERA—solid stats in a league where the lively ball inflated the average ERA to 4.90.


The hope that Keller could deliver the Pirates from the NL Central cellar didn’t last long after his first pitch. Pitching in front of roughly 40 friends and family, the righty got ahead of Senzel 0-2, but two close calls went Cincinnati’s way, and Senzel walked. A single and another walk loaded the bases with no outs, setting up a six-run inning in which the Reds batted around. Keller surrendered some hard-hit balls, including a José Iglesias grand slam, but a two-out infield single by opposing pitcher Sonny Gray foreshadowed his hard luck ahead.


“It’s just like, ‘How does this happen?’” Keller remembers thinking when Gray’s single extended the inning. “This is crazy.” Keller bounced back to throw three scoreless innings, allowing only one more runner to reach base, and he finished the day with seven strikeouts, but the Pirates couldn’t come back from the first-inning deficit.

Gray’s single was one of many almost-outs that played on a loop in Keller’s mind’s eye this offseason. There were other excuse-me squibs:

Every pitcher suffers from bad batted-ball luck on occasion, but Keller’s first exposure to the majors was a nightmarish mélange of black cats, leaning ladders, broken mirrors, and spilled salt. The rookie recites the unprecedented statistic that defines his small-sample career: “Guys are hitting .475 when the ball is put in play.” If you’ve ever had a hard time at work for reasons beyond your control, you have to feel for Keller; it’s tough enough to be a big leaguer without every other ball in play falling for a hit.

The table below includes the complete list of pitchers who’ve ever allowed a batting average on balls in play of .400 or higher in a season of at least 40 innings pitched. No other player has ever come close to Keller’s .475.