LeBron wants the NBA to resume 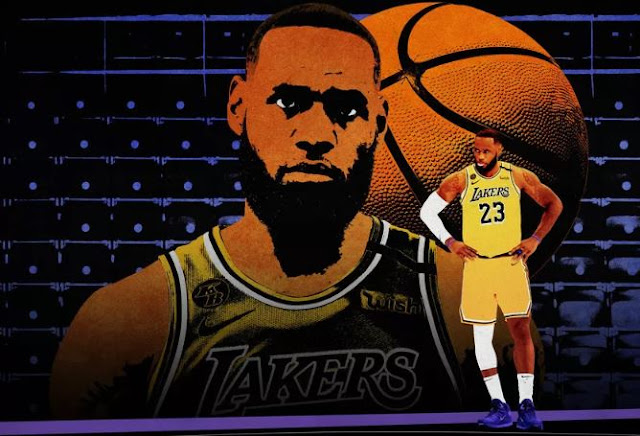 CNBC’s Jabari Young reported Thursday that a number of team executives and player agents, “frustrated with the lack of information from the league” about the status of efforts to resume play, are “pushing for an outright cancellation of the season” so everyone can focus on safely preparing for the 2020-21 campaign. Young’s sources suggest that some owners “have no desire to return” for the balance of a season that might have to be played without fans in the stands—and, thus, without the gate and concession revenue they’d generate to defray the costs of relaunching operations.


Some player representatives aired concerns about the uncertain league calendar and how it will impact players’ financial futures—whether the guarantee dates in their contracts remain the same, how free agency might be impacted, whether another pay cut might be in the offing—and, naturally, about the difficulty of ensuring safety in a sport where you can’t exactly practice social distancing. “I’m surprised, because [NBA commissioner Adam Silver] always errs on the side of caution and doing what’s right,” one anonymous agent told Young.


Whether something looks right can depend an awful lot on where you’re sitting, though. And from where LeBron James is sitting—playing at a remarkable level at age 35, with his Lakers atop the Western Conference standings when play was suspended, and having a real chance to make a run at his fourth ring—canceling the season looks quite a bit less appealing.


During an interview with CNN, Dallas Mavericks franchise owner Mark Cuban echoed previous sunny-side-of-the-street reports and proclaimed himself “cautiously optimistic” that the league will “finish the season,” with the caveat that he imagines the games will be presented solely “for television.” After a conference call with top executives from the 29 other NBA teams, San Antonio Spurs CEO R.C. Buford told reporters that the message relayed was that “every intention is to return to play and to try to create the best environment we can for the league and for the fans, and we are all on board for that.”

Dan Woike of the Los Angeles Times reported that “conversations with officials from across the NBA [made it] clear that significant pockets of the league remain hopeful some semblance of a regular season can be completed,” and that no serious return-to-play proposal has hit the commissioner’s desk that doesn’t “include some form of regular-season games.” On CNBC, Milwaukee Bucks co-owner Marc Lasry echoed that hope, saying it’s his opinion that the NBA will come back with some sort of a regular-season schedule before the playoffs; it just might take a while. Say, July or August.

Lasry mentioned May 8; that’s the date the NBA has targeted for permitting teams located in places where state and local governments have begun relaxing shelter-in-place restrictions to re-open their practice facilities “to allow for safe and controlled environments for players to train.” (The league continues to work on plans for how teams in areas unlikely to get the governmental all-clear any time soon—the Nets and Knicks, for example—might be able to establish similar training protocols for their players.)


There will be strictly tailored guidelines for teams to follow—no more than four players in a facility at one time, no head or assistant coaches, no group work like practices or scrimmages, and an ongoing prohibition on using non-team facilities (sorry, 24 Hour Fitness)—but starting next Friday, players on teams in regions where government restrictions have been lifted will be free to take their first tentative steps toward at least getting back in the gym.

How quickly they will avail themselves of the chance to do that, though, remains an open question; just because you can go back to work doesn’t necessarily mean it’s safe to do so. And while many players without a full-fledged home gym likely have been champing at the bit, that doesn’t necessarily mean they—not to mention all the people who don’t suit up on the court, but who are integral in the day-to-day operations of franchises, arenas, and the league writ large—will be on board with the particulars of returning.

ESPN’s Adrian Wojnarowski reported Thursday night that the league expects “it will need in the neighborhood of 15,000 tests” to safely monitor personnel from the time it reopens play to the end of the season. They can get those tests from private laboratory facilities. But will everybody really be cool with devoting 15,000 tests to getting the NBA up and running again at a time when health officials say the U.S. continues to lag far behind other countries in testing, and when the method of processing tests remains fraught and fractured?

The league had initially labeled May 1 as its target date in places like Georgia, one of the first states in the U.S. to relax its stay-at-home policies. (And somewhat controversially so: Even President Donald Trump said he “strongly” disagreed with Governor Brian Kemp’s decision to reopen so soon.) But the Atlanta Hawks opted for a wait-and-see approach, preferring to take a couple of weeks to find out how the reopening will go around the state before sending all of their employees back to work.

“If there’s a positive response, we’ll slowly open up,” team president of basketball operations and general manager Travis Schlenk told Wojnarowski. “If it’s a negative response, we’ll make sure our staff and players remain healthy.” Buford struck a similar tone in San Antonio. Texas begins reopening Friday, but he said the Spurs “are not putting any dates on it. It’s going to be more how we get the information we need to be comfortable to provide the right atmosphere for our players.”


Ditto for Thunder personnel chief Sam Presti. Oklahoma City’s restaurants, churches, and theaters can reopen starting Friday, but Presti told reporters Thursday that “with respect to the May 8 date [...] I think what we’ve all seen [by living through this experience] that things are changing literally day by day. So we’re evaluating that. I wouldn’t say we’re committed to doing that.”

That’s kind of the whole point: Right now, nobody can really commit to doing much of anything. Silver said on March 18 that the sole “condition upon which we can [return to] play” will be “when public health officials give us the OK.” No matter which politicians are crowbarring open which economies, that condition has not yet been met.

“Based on the reports that we got from varied outside officials, current public health officials ... we are not in a position to make any decisions,” Silver said in a conference call with reporters after the league’s Board of Governors meetings on April 17. “And it’s unclear when we will be.”

That reportedly remains the case. Sources told Woj earlier this week that Silver and team owners “still believe they need more time to gain a clearer picture” of what’s possible. The league had circled May 1 as the earliest possible date on which it might be able to sketch out a return plan, but Jeff Zillgitt of USA Today reported Thursday that Silver’s “we don’t have enough information to make a decision” comment “still stands.”

Until the blur of the past 50 days starts to sharpen and a path forward snaps into focus, the NBA’s not going to make any final decisions—and certainly not any that could cost the league and its teams north of $1 billion in lost revenues from its national and regional broadcast contracts, gate receipts, merchandising contracts, and myriad league- and team-specific sponsorship deals. So long as there remains a flicker of possibility that the league can hang on to at least part of that cash by resuming play—and perform what Silver referred to as its “civic obligation” to play a role in kick-starting the American economy—the NBA’s brass won’t prematurely extinguish it.

They’ll monitor ongoing national efforts to increase testing capacity, and the daily numbers of new infections, to see which way the wind’s blowing. They’ll listen to “bubble site” proposals about locking down Las Vegas or taking over Walt Disney World. They’ll consider all sorts of frameworks for what the post-pandemic calendar might look like—an abbreviated final few regular-season games, a trial run of the long-spitballed play-in tournament to set the bottom of the playoff bracket, a partially truncated postseason, a delayed start to the 2020-21 season. Whatever would get the league back in business, through the summer and into the fall, with a champion crowned and some coin in the coffers.

They will, as Marc Stein of The New York Times put it Thursday, “exhaust every last bit of hope” before pulling the plug. It costs them a hell of a lot less to wait than it does to act, and for now, at least, Silver’s like the rest of us: He’s got the time. The problem, though, is that the constituencies he’s leading are like the rest of us nearing the two-month mark of life on lockdown: They’re starting to get antsy.
Diposkan oleh jojo mma at 8:07 AM