Friendships are crucial to survive the isolation of the coronavirus pandemic


For years, I’ve perfected my personal travel routine: scrubbing my tray table, seatbelt, armrests, and screen before I triumphantly sink into a sterilized seat. I typically fly more than 100,000 miles a year, and I’ve come to attribute a lot of my general good health on the road to this fastidious in-flight choreography — so what if it’s placebo effect at play? When Naomi Campbell went viral last year for her far more meticulous approach to airplane sanitation, the internet responded with mirth and mockery. I responded with admiration — and envy for the breadth of her arsenal. Why hadn’t I thought of masks and gloves?

Of course, now lots of us are thinking about masks and gloves.

Hardly any industry is untouched by the Covid-19 crisis, but travel was among the first to be affected and has been dealt a particularly brutal blow. Barely a month after worldwide lockdowns and border closures effectively sealed off entire countries from reach, many are already looking back fondly on the halcyon days of travel. Until February, the pressing existential crisis was too much of it, in fact: Booming economies and growing flight routes made the world more accessible than ever before, flooding destinations like Iceland, Barcelona, and Tulum with more tourists than they could handle. Now, the existential crisis is, well, the industry’s very existence.

“It’s going to take so long for the demand to even come close to what it was,” says Rafat Ali, chief executive and founder of travel industry news publication Skift. As recently as two months ago, he says, Skift was reporting heavily on overtourism; now, its coverage has shifted dramatically, to tracking the rapidly changing milieu for airlines, hotels, and all facets of the travel industry.

We’re still deep in the trenches of the coronavirus pandemic, so it’s impossible to predict when or how travel might resume, let alone whether we’ll feel comfortable traipsing around the world again with the kind of carefree insouciance to which many of us have become accustomed. The UN World Tourism Organization counted 1.4 billion international tourist arrivals in 2018, and, well before this crisis, had predicted 1.8 billion arrivals by 2030. With virtually all travel halted, recovery will take time. Ali is taking what he calls the long view, expecting air travel to return to early 2020 levels in five years, taking into account that the airline industry took three years to recover post-9/11, and two years to return to pre-2008 revenues after the recession.

Travel will be back — it has to be back, for too many livelihoods and economies depend on it. More than 10 percent of the global workforce is employed by the tourism industry, and from farmers who supply hotels with produce to drivers who ferry tourists around between excursions and beyond, millions of people rely on business generated by travelers. But the way we travel will undergo a dramatic transformation.

Sure, travelers are likely to adopt a disinfecting regimen that falls somewhere in between my own and Naomi Campbell’s on the sanitation spectrum (in light of recent events, she has since upgraded to a hazmat suit). But before the masses feel comfortable taking to the skies again, the classic road trip will be resurrected.

“Personal space becomes important,” Ali says. “Never, ever will we look at people who we thought were crazy, who were cleaning seats — we had a few of those people in the company we used to make fun of. Never again!”

Industry experts say technology will be a key tool in the revival of travel, with electronic passports and IDs, boarding passes, medical screening, and robot cleaners being deployed widely to limit physical contact between people and surfaces. Hotels, airlines, and especially cruises will have to determine how to give travelers personal spaces they feel they can control. And in the short term, driveable local trips to vacation rentals can ease shell-shocked travelers back into adventure.

“Airbnb-type places that you can disinfect yourself, especially in a more remote setting: I think those would definitely be the first step for us traveling outside,” Ali says. “Fear of humans and crowded places will be etched in our hearts for the rest of our lives.” 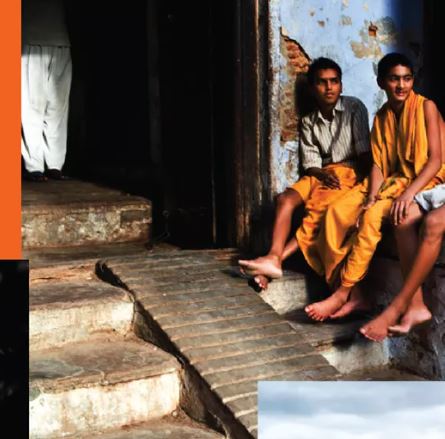 Jessica Nabongo, founder of travel firm Jet Black, became the first black woman to travel to every UN-recognized country in the world in October; these days, she’s spending more time in her Detroit home than she has in years. She says she will likely start taking domestic trips before international travel is safe to resume. “I think road trips are going to become a huge thing, especially in the summer,” she says. Like Ali, she fears that “there’s going to be a bit of corona hangover, with people afraid of going to festivals, being in loud crowds, going to airports.”

The coronavirus-induced worldwide financial crisis will also be a key factor in keeping travelers close to home, at least in the short term. “The economic impact of coronavirus will leave many people with less money to do non-essential travel,” says influencer and travel host Oneika Raymond. “I do think that more people will travel domestically, because it’s a less scary prospect and also often cheaper than a trip to a faraway land.”

Instagram feeds that have lately been filled with nostalgic throwbacks to global adventures will slowly start to be peppered with new images from those regional trips. “I think international travel is going to open very slowly,” says Nabongo. She believes that before entry to some countries, travelers may have to show negative Covid-19 testing, probably within the past 24 hours. “And I think that Europeans and Americans, for the first time, are going to feel what it’s like to have an undesirable passport — for a while, some countries, even if they do open up, may not allow the entry of American citizens or European citizens.”