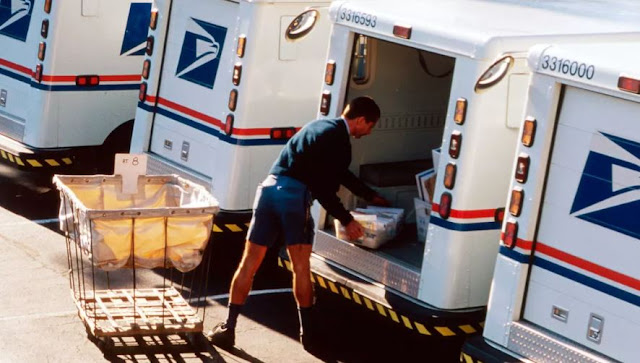 With the US trapped in a historic lockdown, everyone agrees that enormous federal spending is necessary to keep the economy going over the next year and beyond — and everyone has their own ideas about how, exactly, that federal spending should be targeted. A whole genre of essays and white papers devoted to clever stimulus plans has developed almost overnight.

I’ve contributed to that genre: Go here for my ideal recovery/stimulus plan, here for what I think Democrats’ bottom-line demands should be in stimulus negotiations, here for my take on the wisdom of investing in clean energy, and here for why devoting stimulus money to fossil fuels is short-sighted.

Now I want to offer a much more modest idea — a fun idea, even. It’s a win-win-win proposal that would be worth doing even if the economy were at full employment, but a total no-brainer in an economy that needs a kickstart. The cost would be a tiny rounding error amid the trillions of dollars of stimulus being contemplated, and it would produce outsized social benefits in the form of improved public health, more efficient public services, and lower climate pollution.

Postal trucks are old and janky
The boxy, whiny postal truck that is so familiar to Americans, with the driver on the right next to a loud sliding door, is called a Grumman Long Life Vehicle (LLV). As of 2018, the US Postal Service owns and operates 229,000 total vehicles, more than 141,000 of which are LLVs.

Grumman Aerospace Corporation (later Northrop-Grumman) built the LLVs on spec between 1987 and 1994. They were sophisticated at the time and have proven quite sturdy, but as any calendar will confirm, 1994 was 26 years ago. The vehicles lack such modern automotive technologies as anti-lock brakes, air conditioning, and airbags. They get about 10 miles per gallon, are too small for many modern e-commerce packages, and, somewhat disturbingly, are prone to bursting into flames.


USPS trucks in service are well over 20 years old, lack air conditioning, and are prone to bursting into flames, making them long overdue for an upgrade. Noam Galai/Getty Images
The LLVs’ lifespan was meant to be about 24 years; they average 28 years old, with many over 30. They are so old that the USPS often has difficulty finding mechanics who can work on them. According to a December 2019 report from the Government Accountability Office (GAO), it now costs the USPS $2 billion a year to maintain those aging vehicles, one reason the operational costs of the “last mile” system of mail delivery have steadily risen, even as costs have been cut elsewhere in the USPS.

In 2019, the USPS fleet consumed 195 million gallons of gasoline equivalent (GGE). Of that, 194.5 million gallons were gasoline and diesel, consumption of which has risen 28 percent since 2005. The rest was a little ethanol-infused gasoline (E-85), a little biodiesel, a little natural gas, and very, very little electricity (just over 1,300 GGEs). The USPS has not made much progress modernizing its fleet.

USPS fuel costs are about $500 million a year. Vehicle fuel represents roughly half of the USPS’s energy consumption, which, at 44 trillion BTU, is the highest of any agency in the federal government.


In short, the USPS has a giant fleet of aging, energy-intensive, carbon-intensive, expensive-to-maintain vehicles that are long overdue for an upgrade.

People have been talking about new postal trucks forever
The need for new mail trucks has been the subject of discussion for years. A GAO report from way back in 2011 describes the need to upgrade the USPS fleet, noting the rising costs of fuel and maintenance. In 2014, California Rep. Jared Huffman introduced a bill to modernize the postal fleet. The Federal Leadership in Energy Efficient Transportation (FLEET) Act was reintroduced in 2018 and is still waiting for a vote.

The USPS launched the process of procuring 186,000 new next-generation delivery vehicles (NGDVs) with a design request for proposals (RFP) back in 2015. Originally, it planned to conclude testing and prototyping and award a final production contract by 2018, with vehicles deployed by summer 2019. Obviously, that didn’t happen.

Prototype testing was finally completed in March 2019. In December 2019, the USPS issued a production RFP. It will evaluate bids and expects to award contracts for production by the end of fiscal year 2020.

It’s not clear how the coronavirus and subsequent plunge in consumer demand will affect these plans. The USPS does not receive any taxpayer money for operational expenses. It pays for them through sales of postage and services, which are crashing just like everything else. The USPS is on course to run out of money by September or so. The status of ongoing operations, much less fleet replacement, is up in the air.

Electric postal trucks would help solve several problems at once
USPS spokesperson Kimberly Frum told me that the agency “cannot comment on which companies are vying for the NGDV contract, their potential subcontractors, team members, or any other details.”

So we don’t know much about the trucks or companies being considered, through Trucks.com (a trucking and automotive news site) published a piece back in September 2019 that identified four companies that competed in the prototype phase. Only two of them had all-electric trucks.

In selecting a manufacturer, Frum said, “The Postal Service will make a choice based on an evaluation of best value,” which could include everything from durability to features to total cost of ownership.

Here’s the thing: On a full life-cycle basis, electric vehicles are absolutely a better value.

An electric motor converts electricity into motion more efficiently (around 90-95 percent) than an internal combustion engine (ICE) converts gasoline or diesel (40-45 percent at the high end, much lower in average use). That’s mainly because combustion engines produce an enormous amount of waste heat, whereas electric motors produce virtually none.

Consequently, electricity is a cheaper vehicle fuel than gasoline or diesel. “On a national average,” says the Department of Energy, “it costs less than half as much to travel the same distance in an EV than a conventional vehicle.” A wholesale shift to electricity would save the USPS hundreds of millions of dollars in fuel costs a year.

Just as importantly, the price of electricity tends to be much more stable than the price of combustion fuels. That would help the USPS more accurately project its operational costs.

Because they contain fewer mechanical parts in less direct contact, EVs also break down less often and are much cheaper to maintain. A 2018 study found that EVs are about half as expensive to operate than ICE vehicles. That could save the USPS hundreds of millions more and improve the reliability of its last-mile service.

Finally, EVs generate no air pollution or greenhouse gas emissions. Shifting to electric trucks would improve air quality in every district in the nation, reducing respiratory and heart problems among the most vulnerable populations, urban and rural. And it would help the USPS meet and exceed its (admittedly modest) sustainability mandates.

For the record, EVs today emit less life-cycle greenhouse gas emissions than ICE vehicles everywhere in the nation, no matter what the electricity mix. And that gap that will only grow as the country’s grid gets cleaner.

One of the overriding principles guiding the selection of the NGDVs is durability, of not only the trucks themselves but also the platform they are built on. Does the USPS really want to tie itself to gasoline and diesel for the next 30 years? Does it want to gamble that ICE vehicles will still be viable in 2050?

There’s a reason Amazon — USPS’s greatest competitor and biggest client — is investing in 100,000 bespoke electric delivery vehicles. It foresees increasing public pressure to decarbonize in favor of increasingly cheap, clean electricity. It is, in the immortal words of Wayne Gretzky, skating to where the puck is going to be.

The only reason the USPS might not select electric mail trucks is the upfront cost: EVs have higher sticker prices. This is especially true if the USPS insists on developing and manufacturing a bespoke fleet of tens of thousands of identical, all-purpose trucks, instead of building a more varied fleet drawing on a range of existing EV platforms (but that’s a story for another post).

Upfront costs are intimidating to any agency that is, like the USPS, paying them out of its own revenues. Especially in the face of the Covid-19 crunch, the USPS could be forced to make a short-sighted decision to save in upfront costs at the expense of much greater maintenance and fuel costs down the road. Gasoline prices are low right now, but history shows they won’t stay that way.

Congress could help prevent that unfortunate choice by covering those upfront costs (for the NGDV program, the USPS pegs it at around $6 billion) with stimulus money. In the process, it would be helping the USPS save money and improve operations for decades to come.

But Congress could do much more.

Among people who love and want to save the USPS, there is discussion of bigger, more ambitious reforms, like allowing post offices to offer basic banking services or equipping postal trucks with pollution sensors to gather granular air-quality data. (The GAO did a report on these “non-postal services” last year.)

All those electric mail trucks will need juice, so put EV chargers next to post offices to charge their vehicles; the public could use them too, at low, fixed rates, much like they pay fixed rates for postage. Retrofit post offices to net-zero energy standards and install solar panels on their roofs. Put literature about the cost savings and pollution reductions of electric mail trucks in every mailbox. Make post offices, one of the most beloved and trusted institutions in America, a source of objective, reliable information on clean energy.

Embedding the benefits of clean electricity and EVs in every community in the US, where virtually every American would encounter them, could do an enormous amount to depoliticize climate-friendly technologies and accelerate their spread. It would produce social benefits wildly out of scale with the upfront investment.