Are we in the golden age of brazen cheating? 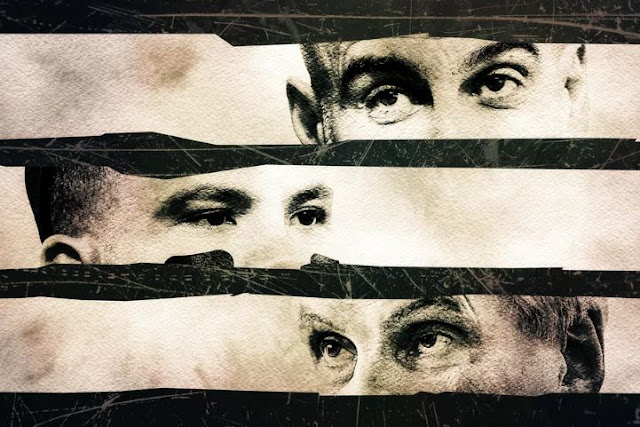 A major sports league is in crisis mode after a powerhouse club earns unprecedented sanctions for flagrant and repeated rule violations. Unfortunately, that’s not a specific enough headline for the events of the past six weeks.

In addition to the much-discussed fallout from the Houston Astros’ sign-stealing scandal, championship contenders in not one but two European sports have suffered controversy and heavy punishment for recently acting like the rules don’t apply.

The most notable is Manchester City’s two-year ban from European competition, handed down last week by UEFA, the European soccer governing body that sanctions the prestigious Champions League. (The sentence is still subject to appeal.) In the interest of at least appearing to foster level competition, UEFA institutes what’s known as Financial Fair Play, a system of rules that require clubs’ soccer-related expenditures—player wages, transfer fees, and so on—to remain in line with their soccer-related revenues. This structure is meant to protect teams from outspending their means and leaving themselves in financial peril after a run of poor results, and also to prevent outside investors from pumping cash into a mid-table team and turning it into a worldwide powerhouse overnight.

Unfortunately for UEFA, outside investment is tied inextricably into Manchester City’s identity. In 2008, Sheikh Mansour, a member of the Abu Dhabi royal family and a multibillionaire, bought what was at the time an unremarkable mid-table club. In the 12 years since, backed by the financial power of the Emirati government, City has become one of the richest and most successful teams not just in English soccer, but in any sport in the world.

It was this case, along with Russian plutocrat Roman Abramovich’s takeover of Chelsea in the early 2000s and the Qatari royal family’s investment in Paris Saint-Germain, that drove home the need for FFP in the first place. Since then, Mansour’s club has fallen afoul of regulators repeatedly, incurring transfer restrictions and tens of millions of pounds in fines as far back as 2014. But it wasn’t until this month that UEFA truly came down on City, which was charged with not only violating FFP rules but disguising personal cash infusions from Sheikh Mansour as sponsorship money in order to deceive UEFA.

About 200 miles southeast, a giant in England’s other major ball-kicking sport has created an even bigger mess. Saracens are the most successful club in English rugby union, having won four of the past five Premiership titles and boasting a roster full of star players, including almost half of England’s starting lineup from last year’s World Cup final.

Like Manchester City, Saracens came by this championship squad through shady accounting. In November, Saracens were docked 35 points and fined £5.3 million for violating the Premiership’s £7 million salary cap over the previous three seasons. In late January, the club accepted relegation to the sport’s second division for the 2020-21 season, after acknowledging that they could not comply with the salary cap this season either.

Those numbers are risibly small in comparison to an MLB team’s payroll, let alone the billions of dollars that get tossed around in world soccer. (There are relief pitchers who could fund an entire Premiership rugby team.) While a major soccer team like Man City is a global entertainment brand, rugby is less popular and substantially less globalized. Moreover, rugby union became professionalized only in 1995; up until that point it had been an amateur competition in order to restrict the game to gentleman hobbyists. Athletes from lower socioeconomic classes were shuttled off to other football codes—rugby league and soccer—if they wanted to make a living.

Before rugby union went professional, the sport was riddled with the kind of under-the-table payments and “impermissible benefits” that are part and parcel of high-level college sports in the United States today. And £7 million split among a squad of a few dozen senior players isn’t enough to keep those payments from coming. Former club director Nigel Wray managed to funnel about £2 million to various players over the course of three seasons through a variety of joint business and real estate investments and no-show marketing side gigs.


Every league with a hard or soft salary cap carries penalties for spending too much on players, like an NBA team paying the luxury tax or an MLB team that moves back in the draft for running a salary over the competitive balance tax limit. But Saracens—and Manchester City, for that matter—violated black-letter law, rather than incurring established penalties for behavior that’s disincentivized but not strictly illegal. That’s why these infractions rise to the level of scandal and inspired such severe punishments.


Now, as far as cheating schemes go, it’s not particularly odious to find creative ways to shuttle money to the players who provide the sole value of a sports business enterprise—in fact, there’s a perverse nobility to what Saracens is being punished for doing. But like the Astros and Manchester City, it’s such a flagrant and persistent violation of the rules that the leagues involved could no longer look the other way.

These three scandals are linked not by the method of rule-breaking—the Astros’ transgressions were technological, Man City’s and Saracens’ financial—but by their persistence. As pissed off as the baseball world is at the Astros, and as unprepared as the commissioner’s office seemed to be to actually hand down punishment, the use of technology to steal signs has been something of an open secret within the game for years. MLB commissioner Rob Manfred’s report already noted that a warning was issued about increased punishment for sign-stealing violations as far back as September 2017. In essence, the league issued a directive to the Astros to knock it off before things got ugly.

But they didn’t knock it off, so when the rumors were confirmed and reported publicly by The Athletic in November, Manfred threw the book—or at least what passed for the book at the time—at the biggest offender. Saracens violated the salary cap for years. Manchester City built an entire club around the concept of financial might making right, and even after UEFA levied fines and lesser sanctions their behavior changed not one bit.

These clubs are being punished not just because they broke the rules, but because, like the famous local news stabbing victim, they dared their respective sanctioning bodies to punish them. As a rule, sports governing organizations are venal and corrupt even by the standards of small cartels of rich people. They exist to enrich themselves and the clubs they represent. It’s bad for business if MLB or the PRL makes an avoidable stink about a recent World Series champion breaking the rules; it’s bad for business if UEFA takes Sergio Agüero and Kevin de Bruyne off the air for two seasons. These governing bodies have every incentive to either tolerate wrongdoing or punish it as quietly as public scrutiny will accept.

But there’s a limit to the level of brazen greed and shameless rule-breaking that even an organization like MLB or UEFA can stomach before something has to be done. A friend of mine who works in corporate tax law once told me an aphorism from his profession that fits this story: Pigs get fat, but hogs get slaughtered.

Having three high-profile cases in such rapid succession, across national and sporting boundaries, makes it look like this is some kind of high-water mark for brazen rule-breaking, but this is not a novel concept. How many times have the New England Patriots been caught sticking a video camera or an air compressor in the wrong place at the wrong time, only to receive a slap on the wrist? It wasn’t too long ago that the Seattle Seahawks built an entire defensive system around the idea that there’s a limit to the number of penalties referees are willing to call, and that limit does not change with the number of penalties a team actually commits.

If there was ever a time when the spirit of a law dictated behavior, that time has gone. Now it’s no longer about the letter of the law, but about what a given actor believes the authorities are willing to enforce. And within this specific amoral framework, crime pays. What do the Astros, Man City, and Saracens have in common, apart from suffering penalties severe enough to merit six-column headline type? They’ve won, constantly and inexorably, and flags fly forever. So, too, for the Seahawks and Patriots.

So, too, to the peril of society at large, have disruptive commercial and industrial institutions similarly benefited by greed and regulatory capture. It’s now a billion-dollar business to find creative ways around—or uncreative ways through—rules designed to ensure public safety, or to protect workers and consumers. The proof is in Uber, and Amazon, and investment banking.

Athletes cheat, and have cheated since time immemorial, because they want to win. Businesspeople—the kind of folks who now run organizations like the Astros, Manchester City, and Saracens—cheat because they can. Avoiding the rules, or avoiding punishment for breaking them, has the same effect as following the rules, and absent the values of fairness and justice that inspire such rules in the first place, the ethical consequences are the same as well.
Diposkan oleh jojo mma at 10:00 AM