What John Henry regrets most about Red sOx sign-stealing investigation 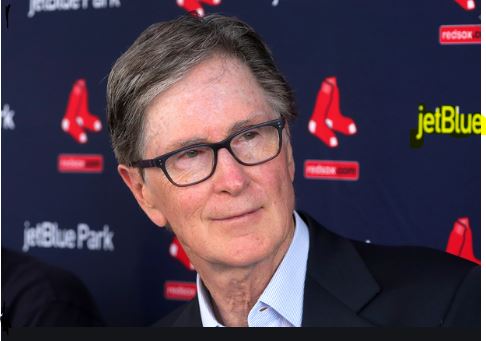 The punishments, which took several months for MLB to hand down, weren't all that harsh. Boston was stripped of its 2020 second-round draft pick, and video replay system operator J.T. Watkins was suspended through the 2020 postseason and cannot be the team's replay operator through 2021.

Former Red Sox manager Alex Cora was suspended for the 2020 season due to his actions with the Houston Astros in 2017, not for his actions in 2018 with Boston.

Red Sox principal owner John Henry shared his thoughts on MLB's findings, including what he regrets most about the entire ordeal.

“I believe MLB went above and beyond in order to ascertain facts that led to their conclusion and I support the findings,” Henry wrote, via Alex Speier of The Boston Globe.

“What I regret most about all of this beyond the toll it took on our organization is the position it put our fans in — having for months to wonder if the 2018 championship could actually be the result of unfair play. It’s clear from the report that these isolated occurrences in 2018 happened during the regular season. The report references how often those instances called into question had an opportunity to take place and within the context of the overall season all one has to do is the math to see the net potential result. But I’ll let others do the math."

With the lengthy investigation mercifully over, the Red Sox can shift their focus completely to the 2020 campaign. Ron Roenicke, who was named the interim manager in February, had his interim tag removed Wednesday officially making him Boston's 48th skipper.

Tomase: MLB's punishment of Sox for sign-stealing is laughable

For the long-delayed 2020 season, Major League Baseball is considering playing at least a 100-game schedule where three divisions are set up geographically without American and National League designations.

USA TODAY's Bob Nightengale reports that the plan is gaining support among owners and executives. It is pending approval of medical experts and would need COVID-19 testing readily available to the public. Players would not have to be quarantined and could remain with their families. The realignment would greatly reduce travel.

Tomase: Hold off on that Cora-returns-to-manage-Red Sox in 2021 theory
Earlier this month, MLB had been considering having teams play their regular season at the spring training sites in Florida and Arizona and aligning the teams geographically by those sites. Under this plan, it is still uncertain whether teams would have to begin the regular season at the spring training sites before returning to their home stadiums.

This latest proposal calls for players to be given a week to return to training sites then have 18-21 days to get ready to start the regular season. There is also hope that several thousand fans could return to ballparks late in the regular season or in the playoffs.

“This is going to be a season like we’ve never seen," one of the baseball executives told Nightengale. “But that’s fine. It’s at least a season.’’

Francona put himself on the managerial map while overseeing the Double-A Birmingham Barons during Jordan's baseball foray in 1994. The former big leaguer handled the spotlight so deftly, he ended up being hired by the Phillies at age 37 in the winter of 1996, which paved the way for a second chance with the Red Sox in 2004 that produced a pair of titles.

During Francona's Red Sox tenure, he spoke periodically about his days with Jordan, and after combing through my notes from 2004-2011 — as well as a feature I wrote back in the day at the Eagle-Tribune — here are some of his better stories.

"We were meeting in a trailer in Sarasota that spring," Francona said. "It was early. I was half asleep. They're talking about Jordan and they say he might start in the Double-A work group. I remember looking up. Wait a minute, that's me!"

He had no idea what he was in for. The Barons drew a greater media contingent than the parent White Sox, frequently topping 100 reporters a day. Francona watched the first workout with scouting director Duane Schaefer while sitting on a wheelbarrow, at least until an unwelcome posterior blocked his view.

"Schaef looks at me like he doesn't know who it is," Francona said. "I say, 'Excuse me sir, do you mind getting your ass out of my face?'"

"I said, 'Sir, would you happen to have contacts with some other teams?'" Francona said. "He laughed his head off and ended up coming to a lot of our games."

Tomase: Loss of draft pick actually a big deal for Sox
Jordan may have been the biggest athlete on the planet, but the baseball field was Francona's domain, and so he had no problem exerting his authority over the three-time MVP, who was a bit of a fish out of water.

For instance, Francona did not mince words the first time Jordan popped up without leaving the batter's box. Francona was coaching third and waited until Jordan crossed in front of him.

Francona believes that Jordan could've reached the big leagues with just a little more seasoning. As it is, the 31-year-old stole 30 bases and played above-average outfield defense despite zero experience. He hit .202 with three homers in 127 games.

"It wasn't luck that he was as good as he was in basketball," Francona said. "At that time it was fashionable to be critical of what he was doing, but he respected the game so much.

If he had another 1,000 at bats, two full seasons in the minors, I bet he legitimately could have found his way onto a major league roster. He may not have been the starting right fielder, but he could have been a helpful part of a 25-man roster.

The real fun for Francona came off the field. Jordan's legendary competitiveness extended from Yahtzee to ping pong. "I don't know how many times I saw a paddle fly across the clubhouse," said Francona, who at 35 was only four years Jordan's senior. The future NBA Hall of Famer also smashed a tennis racquet after losing $600 to Francona on those courts.

"He just couldn't accept the fact that someone could beat him," Francona said.

Isaiah or Isiah? I.T. roasts fans who roast him after "The Last Dance"
You're probably wondering how much basketball Jordan played during his NBA hiatus, and Francona's got a story about that, too.

Late in the season, a couple of coaches were arguing who was the better player. Francona had a court at his apartment complex and offered to let them settle the argument.

"MJ's eyes lit up," Francona said. "This is late in the year, and never once has he mentioned basketball. OK. So we get the ball and head over to my apartment. The neighborhood gets wind of it. Everyone hears about it. The court is packed."

Before they knew it, some friendly shooting around turned into 5 on 5 full court. And a couple of cockier locals decided they couldn't pass up a chance to take on His Airness.

"This big kid pushes MJ a little bit," Francona said. "I remember thinking, 'Wow, this has got to stop. This is not good.' But we come down the floor, and I see MJ getting competitive. I set a pick and he looks at me like, 'Get out of here. Don't even do it.' So I back up.

"He pointed to a spot and said to the guy who pushed him, 'I'm going to take the ball right there.' He got about to the foul line, left his feet, and I'm thinking he's going to embarrass himself. He's too far away. But the ball goes through the hoop, the chain net rattles, the rim bends, and he slams it and says, 'Don't ever talk to me again.'"

Francona left the night with a dislocated pinky, courtesy a Jordan pass he couldn’t handle, as well as one final thrill.

"Remember the George Gervin finger roll?" Francona said. "I tossed MJ a pass and he finger rolled it in just like that. All I could think was, 'My life is complete.'"
Diposkan oleh jojo mma at 10:21 AM