‘Sekiro’ Is an Endlessly Frustrating but Uniquely Gratifying Experience 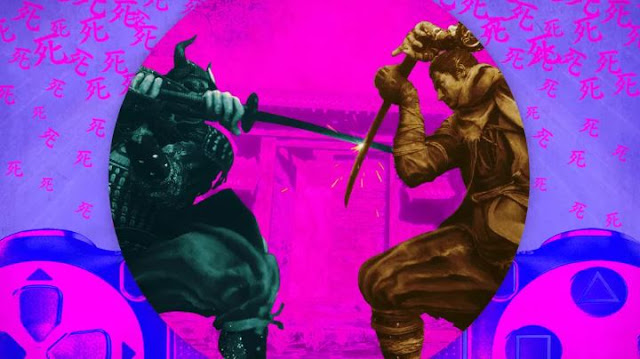 On the 15th day, or maybe the 100th, I resume my inexorable march toward death, up the frosted footpath to the Hirata estate. As I have countless times before, I quietly dispatch the two sentries near the bottom of the staircase with relative ease and skulk up the steps. I take care to alert the very big and frighteningly agile “Chained Ogre” standing in stocks outside the guardhouse at the top of the path only when I’m good and ready. To be honest, I will probably never be either of those things.

I get into a rhythm nonetheless, slashing here, parrying there, dodging most of his rangy lunges and broad front sweeps; it’s going well, until it starts to go poorly. Slowly at first, and then all at once. Crimson begins seeping into the HUD, my health bar is blinking, and after I recover from being suplexed and thrown halfway across the event area, an enemy I’d somehow missed charges in and stabs me in the face with his yari. For the 10th time since I first encountered the ogre, the Japanese character for death splashes across the screen.

Sekiro is a third-person role-playing game set in a fictionalized version of late-16th-century Sengoku-period Japan, in a region attempting to claw its way back from the brink of societal collapse. (It’s not looking too hot.) You are the young, ashen “Wolf” Sekiro, a shinobi sworn to protect the young Lord of the Ashina clan, the family that filled the power vacuum created by years of border wars.

I’m only a little over 10 hours into the game, but the story seems like a pretty cut-and-dried tale of duty and vengeance: Your young charge is kidnapped by evil forces that also take your left arm for good measure, and after you get a really cool-slash-deadly ninja prosthetic, you set off for your last job, which is to rescue the young charge and escape the conflict altogether.

The Quarantine Chess Tournament That Could Change the Game Forever
Sekiro is also what people who know about video games would call a “Soulslike”—a hardcore game by FromSoftware, the development company that has produced Dark Souls, Bloodborne, and several other notoriously difficult action games. Essentially, a Soulslike demands a near-perfect level of precision and attention from the player, and even still, a bit of luck.


In other words, Sekiro is the kind of game I, historically, have not fucked with. I tend not to enjoy doing things that I am not immediately good at, losing in general, and arbitrary maximum ranges (what is even the point of having an awesome, powerful laser sword if “lightsaber resistant” creatures exist?).

So, soon after buying Jedi: Fallen Order (another Soulslike) a few months ago, I traded it in for Dragon Ball Z: Kakarot. Something about the game felt undercooked—even the platforming required luck, and I felt an unexplainable detachment from the combat, especially in boss battles, where it felt like I was swinging a pool noodle instead of a lightsaber. (This is not an invitation to convince me to go back and give Fallen Order another chance.)

But there’s an engaging weight and feel to everything in Sekiro—when you exchange blows with an enemy, you really see and feel the clash of steel. And even grunts will deflect one or two of your attacks, so even as you’re dispatching lowly enemies you feel powerful and look the part.

On its face, Sekiro is a hack-and-slasher, but it’s much more cerebral than that: The game rewards aggressive play, but like God of War, if you charge in swinging your weapon all willy-nilly, you will die, and quickly.

However, even in God of War, boss battles mostly adhered to a familiar formula: keep your distance from a big lumbering beast’s ankles until it brings its head down far enough for you to lop off. Sekiro, by contrast, breaks your habits and gives you no choice but to learn how to learn unique combinations and play the game properly: Minibosses like the Chained Ogre (he’s a MINIBOSS) are fast, brutal, and usually have a weapon that can close long distances in an instant, so you have to learn their combo chains as though they were dance steps. Parry, block, attack, dodge—parryblockattackdodge, parryparrydodgeattack.

I realize that none of what I’ve described so far sounds fun, and it isn’t, or at least not in any traditional sense of the word. Rather, Sekiro is consuming; a task in a time when it feels like I wake up in the morning and stumble from one boring and inconsequential activity to the next. And I know that if I keep at it, Sekiro is something I can finish; the 11th time could be the charm. Sekiro is the biggest mountain I’ve voluntarily climbed, but at least I know there’s a peak up there, you know?
Diposkan oleh jojo mma at 5:41 PM